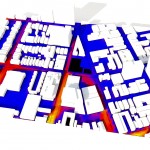 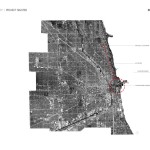 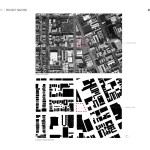 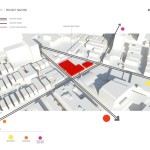 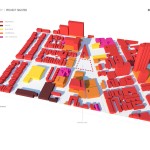 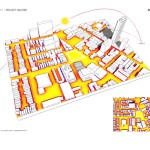 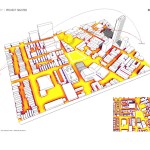 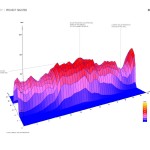 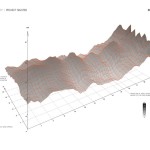 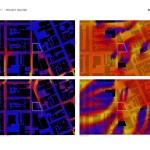 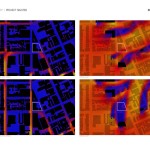 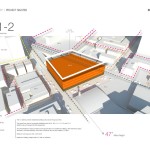 Introduction
I’ve recently began working on a self-study project that I’m conceiving as a kind of case study of both architecture as project and building type but also architectural workflows and efficiency explorations. The hope is to develop a project through to the end of design development and in the process document and learn new things about how I might work through the problems of getting a building to that phase of design. I plan on exploring software workflows, modeling workflows, energy workflows, and documentation workflows.

The Project
The project location for this case study is close to home here in the Lakeview neighborhood of Chicago. I’m not yet ready to disclose it’s exact location (attentive Chicagoans will know exactly where it’s at.) This first post contains a lot of site analysis and preparation of future phases. Check back occasionally for more phases. Below the images that follow I’ve commented on how things were done, how long they took, and why they were down at all.

The images above were all compiled in Adobe Indesign. Indesign allows for rapid publishing of presentation boards and image updating. Because images are linked into the document and not apart of it, they update as they change at the source and not in the presentation document. Indesign also excels in that it allows for global switching of character and object styles, making updates across the document or presentation a parameter feature and not isolated instances. Parametric switching like this will be a common feature as this project moves along as it builds efficiency into digital assets.

Several images were made using Google Earth, converting them to black and white in Photoshop, and then adding the linework in Indesign. The bottom image above was made by exporting a top view of the Sketchup model and Live-Painting it in Illustrator.

The first model of this project was focused around a 1 mile diameter of the site. The aerial imagery was imported into Sketchup and extruded using heights approximated from Google Streetview. The push-pull functionality of Sketchup allows for really quick context models. And as we’ll see, it plays well with others allowing it to be a lot of different times. Approximate modeling of context: 2.5 hours.

Using Vray for Sketchup, WIP (Work In Progress) images are easy and fast and avail themselves to soft shadows, accurate shadow locations and material overrides. The diagram linework was added in Indesign. Taking the Sketchup context model into Ecotect is easy using a .3ds file format. In Ecotect, a large analysis grid was placed at 6′ above grade. Insolation (Solar Radiation) calculations were made for both the summer months and the winter months. The graphic representation of these calculations are shown as cumulative watts/square meters. For this particular project site, no variation between the seasons was noticeable. Also, the site suffers from no adjacent shading during either the summer or winter. The Weather Tool inside the Ecotect package is great for giving broad analysis of climatic and regional weather data. The above images shows the total direct solar radiation across an entire year.

Computational fluid dynamic (CFD) analysis has been made a lot easier lately with the use of both Autodesks’ Vasari Beta and Falcon for Revit. For this particular case study the Sketchup model was directly (no conversions) loaded into the Vasari wind tunnel. Using the local wind rose data, the four highest wind frequencies were taken under further study. For each of the four, two levels of data were taken, one at 6′ above grade and another at 47′ above grade. The site doesn’t suffer from any venturi-like effects, but does suffer from road-tunnel effects on NE wind days along its Halsted edge. This will need to be addressed as building forms are considered in the next phase.

Chicago zoning information was gathered and displayed on the final image above. Quick and early massing studies given the restrictions of the zoning designation and code can help determine whether a project and its goals can be met given the current zoning of if an exception or alteration will need to be made. For this particular case study I’m taking as settled the current zoning designation of C1-2.

(Note: The thumbnail image for this post was constructed by exporting a CFD map out of Vasari and importing it back into the Sketchp model. This map and model were then rendered using Vray for Sketchup.)