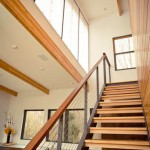 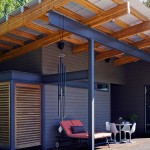 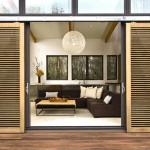 The program for the Michigan Pool House was to provide a complementary auxiliary building to a previously built vacation house in a thickly wooded part of rural Michigan.  Critical to the project was its relation to the existing building and the siting of the pool to both.

The final design placed the pool along the centerline of the existing structure, and then scaled the new pool house proportional to that of the pool and positioned it to the east, parallel the pool geometry.  This orientation allowed for western late-day sun to illuminate the interiors and elevated deck.  The parti sketch for the new house began as two rectangular masses; these masses were then slipped alongside their center axis.  A third mass was then added to one-third of the base.  One half of one of the masses acts as repository for many of the building’s private / service functions while the opposite half exposes several public functions like sliding glass doors, a balcony, and a lounging deck.

To minimize the solar gain encountered by the west-facing sliding doors, custom wood screens were placed on a track that allows the individual panels to be in any location along the façade.  The screens also help baton down the security of the house when vacated for months at a time. The pool house program contains a living space and kitchenette, a bedroom suite, an art studio and a large bunk room.