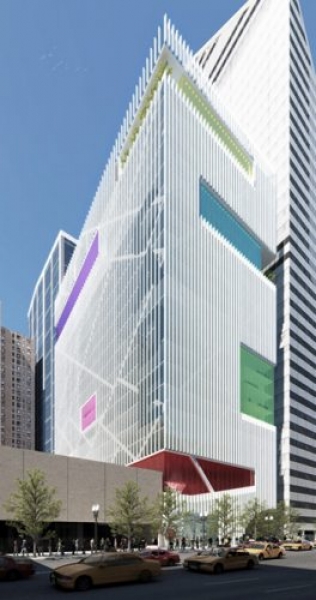 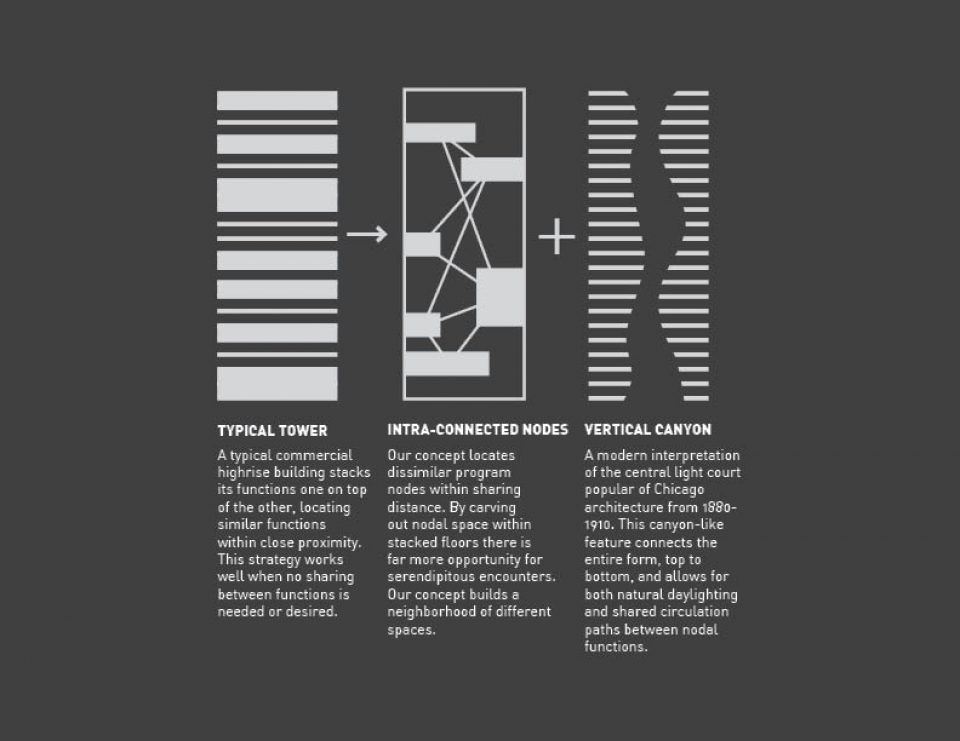 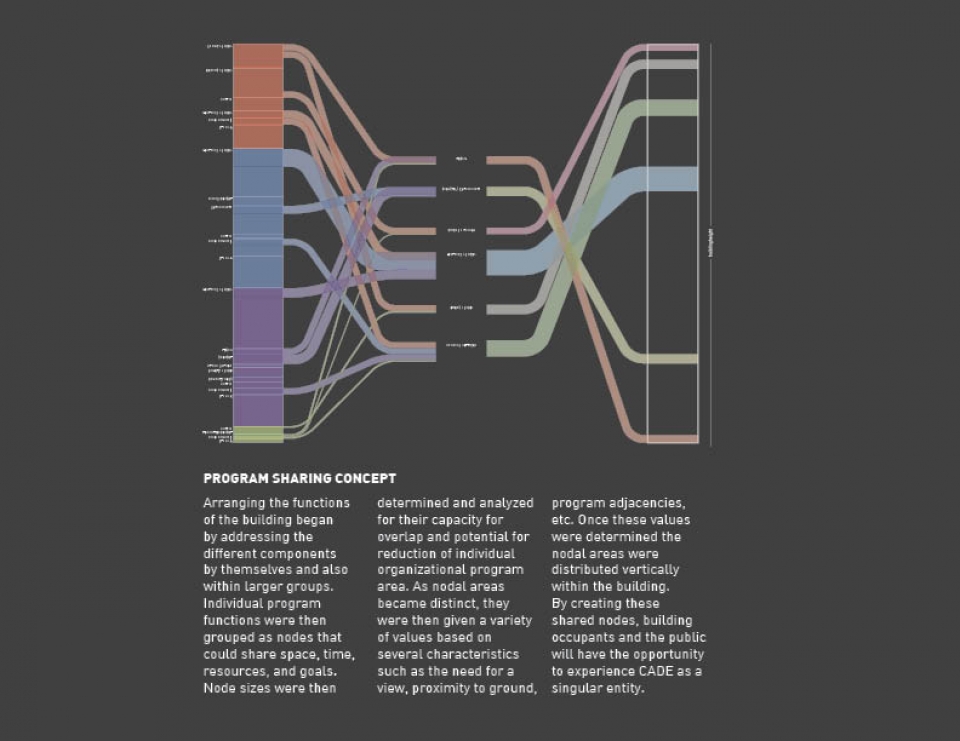 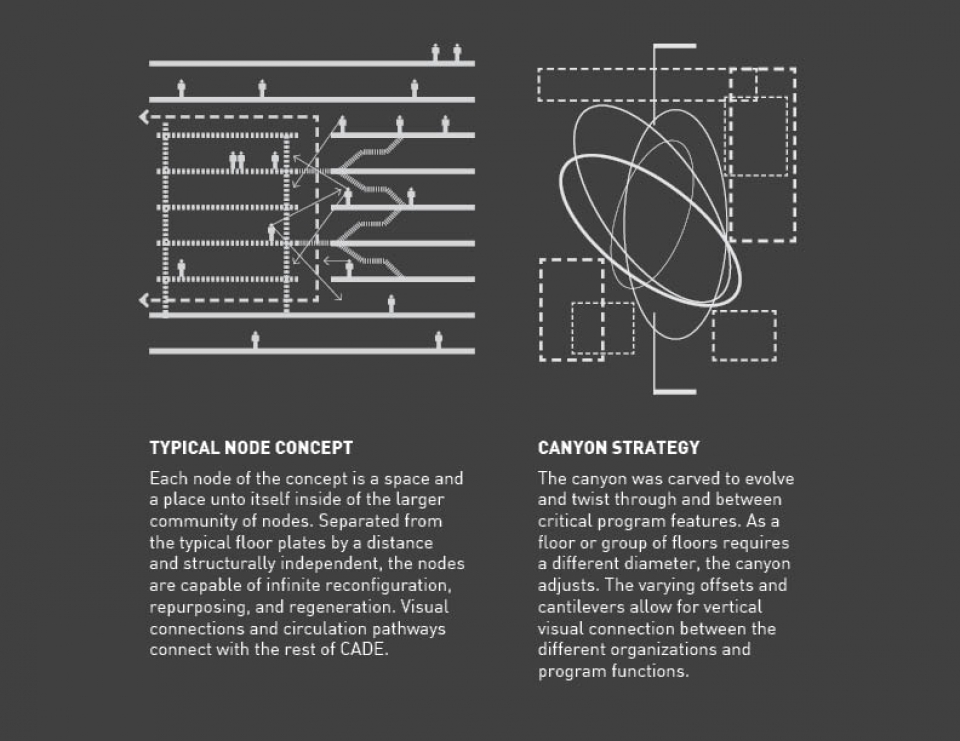 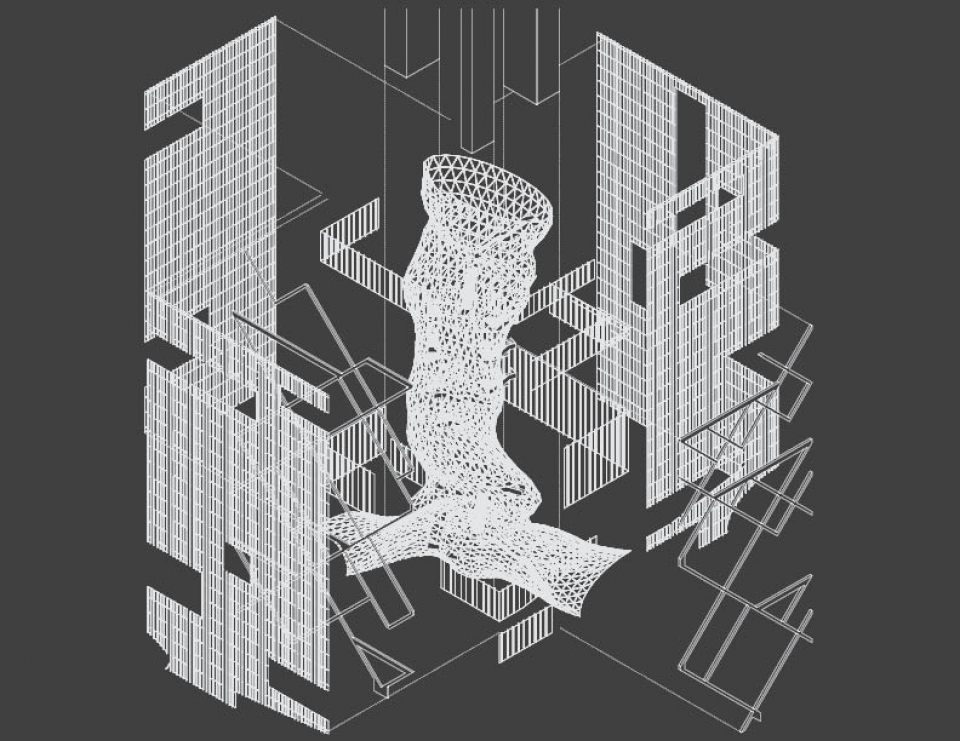 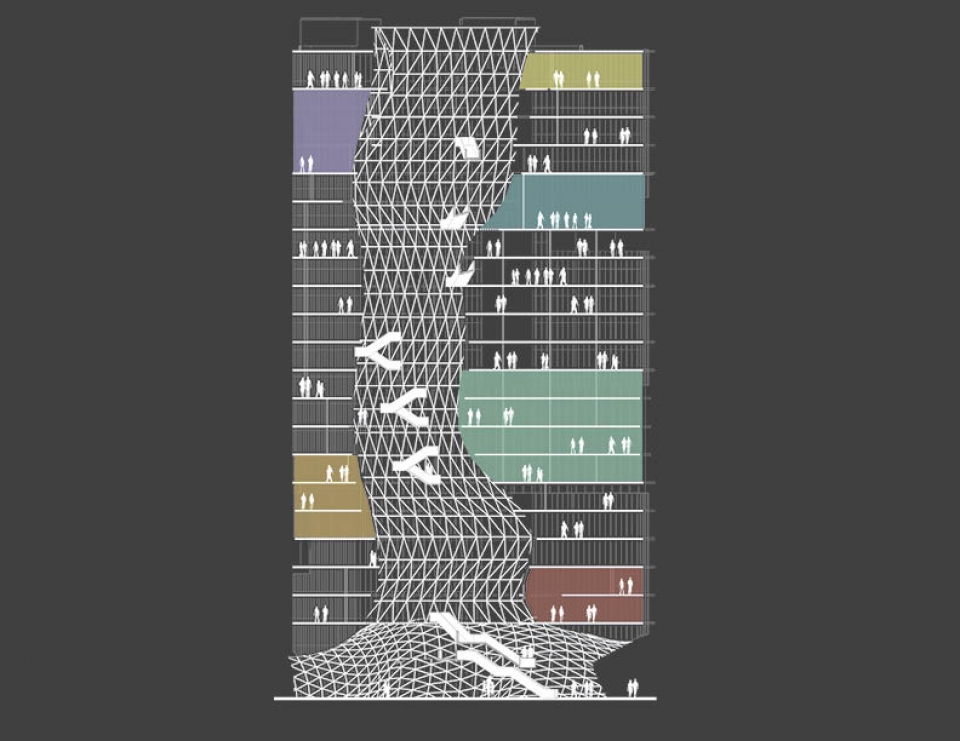 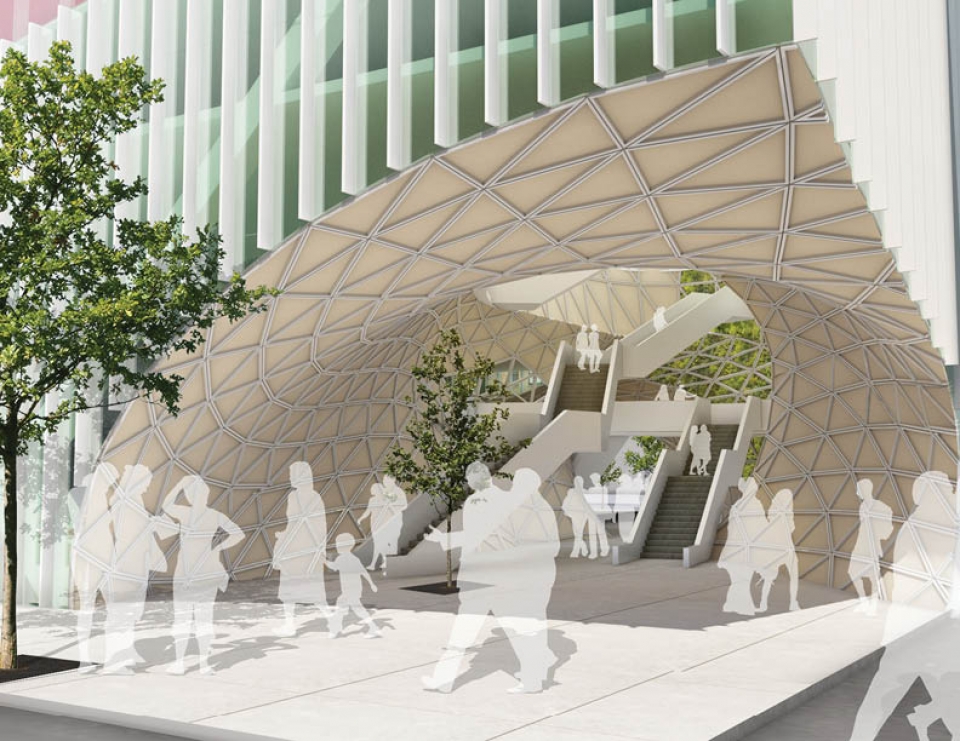 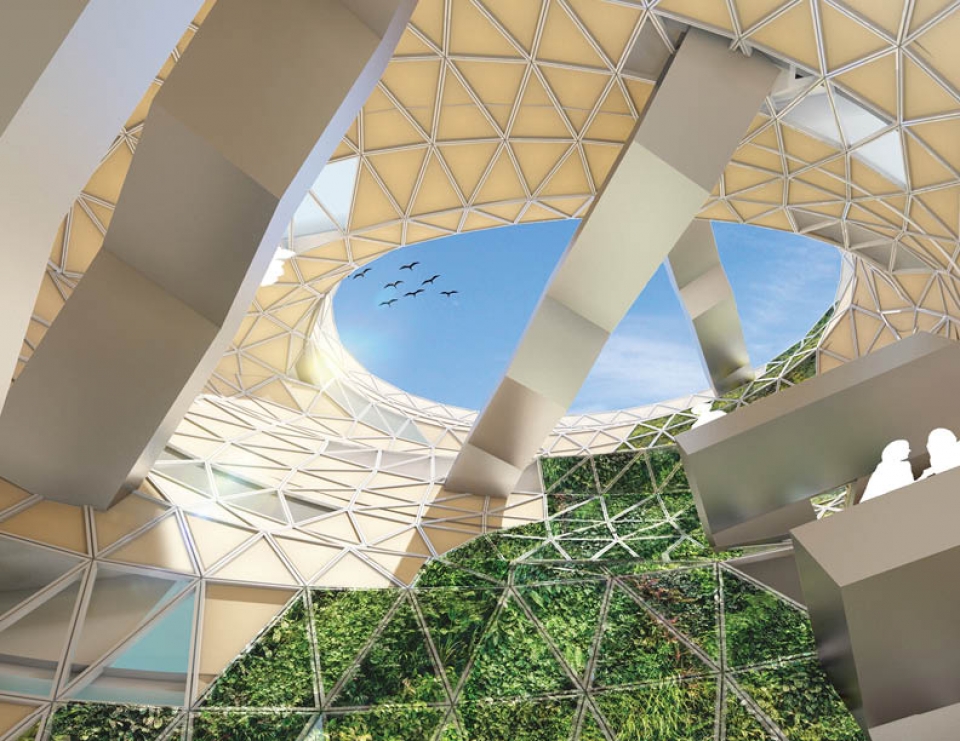 The stark contrast of towering structures over the lush green flatland of Millennium park hint at the vast urban canyon beyond that is Chicago. Upon entry into the urban landscape, light breaks through the towering structures finding its way to the ground, casting shadows made of deep building ravines. As within a natural canyon, microhabitats are formed through pockets of ideal conditions for separate forms of life to flourish. Interactions occur that allow these groups to evolve into a single united community.

To contrast greatly in form with the centuries developed skyline would imply ignorance of a legacy built by our architectural predecessors. Rather, we pay homage to our location’s legacy through an outward expression of rectilinear forms. Conversely, an organic shaped cavern creates the core of CADE allowing for a fluid connectivity of spaces within. By locating the nodes at key intervals along a unified vertical pathway, havens within the canyon create shared centers for exploring architecture and design as a community. It is within these nodes that the architecture may create a medium for a new community to emerge. A community that shares, that inspires, that innovates. A community who’s essence is intranodal.